A unique system to decode and digitize optical soundtracks.

This specialised software package enables to run the process of extraction of soundtracks (print or negative) from DPX or TIFF image files generated in the process of film scanning and converts them into digital audio in WAV file format. 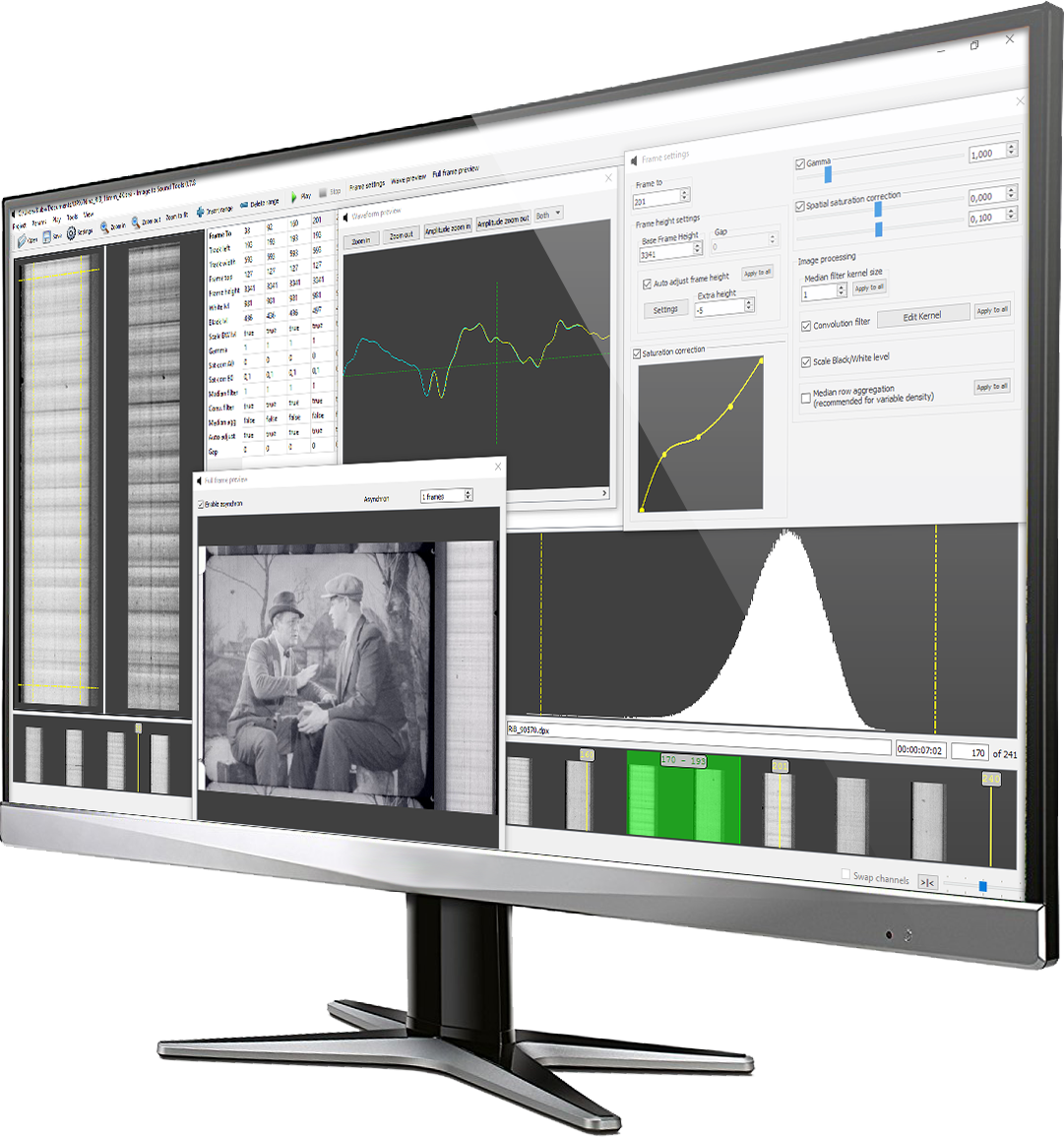 Efficient method for digitization of negative or positive, multiple variable area (a.k.a. Maurer’s-Siemens) soundtracks even when they are damaged

Workspace split into sections due to parameter changes

Real-time sound playback directly from graphic files is the prime advantage of the ITST system. The audio playback or looped playback functions let to work out – with the use of available tools – optimal digitization parameters in a much shorter time, even with heavily damaged sound recordings. A ratio of offline image-to-sound processing speed is up to 3:1. It was reached primarily through ensuring appropriate processing algorithmization and hardware matching. 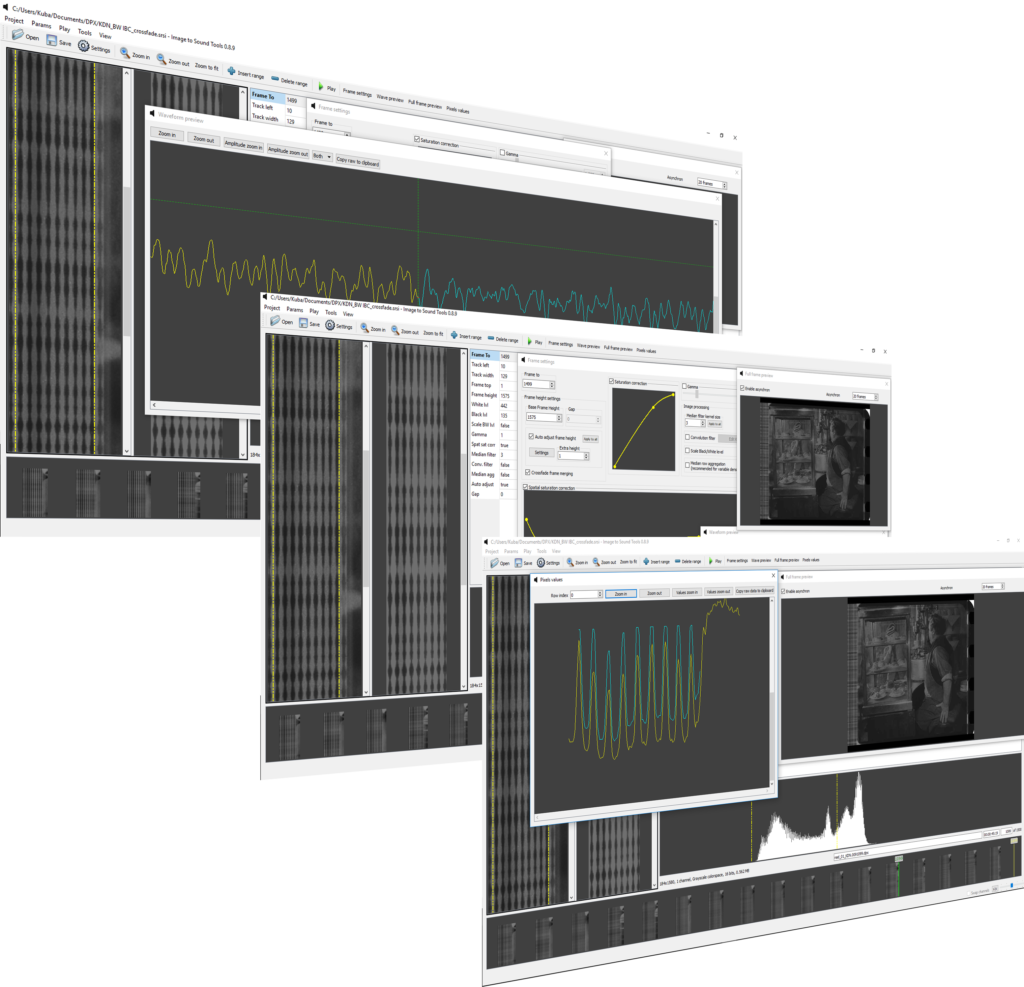 The high quality of scanning offered by modern scanners translates directly into sound parameters – its resolution into sampling frequency and color depth for amplitude reproduction. The system was developed based on high-quality scans of 4K RGB DPX or TIFF files performed by the ARRISCAN scanner, in which RGB channels are encoded with a resolution of 10 or 16 bits each. DPX files can successfully become a source material for further conservation works in the field of image and sound processing using the ITST system. The ITST system is a package of applications supporting the process of scanning, digitizing and archiving of optical sound. The package consist of the following software:

A clear need to create a specialized system for digitizing archival optical soundtracks appeared with the launch of the NITROFILM project by the National Film Archive in Warsaw (www.nitrofilm.pl). The aim of the project was to preserve the most valuable pre-war film collection of Polish cinematography by digitizing film materials, most of which were heavily damaged, flammable nitrate films. The National Film Archive stated that – due to the very poor condition of the film copies – the scanning process is to be carried out using the ARRISCAN scanner, and the number of runs of the nitrate films through the scanner must be kept to a minimum. Re-using films with a standard audio followers that use perforations and capture audio at 24fps was absolutely unacceptable. Audio digitization directly from scans suggested by Media Inventions s.c. appeared to be plausible and met the requirements of the National Film Archive. Thus, Media Inventions sc decided to test the method on its own and then develop a sound digitisation system from scratch.

Since 2011 up to now, Media Inventions sc, in cooperation with the National Film Archive, has successfully conducted successful digitisation and later also full audio restoration of 15 pre-war feature films shown in Poland, among others, at the Film Festival in Gdynia.